I was tackling some problems from Hackerrank to keep my brain from drying out. And as New Year approached, I’ve come across this neat New Year Chaos problem, that is defined as follows: 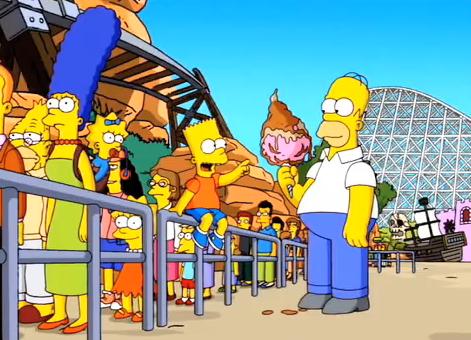 This problem doesn’t sound like a complicated one, before you start solving it. Intuitive approach (at least in my case) was to try and unroll all swaps in the queue based on the number a person wears and his actual position. This doesn’t sound like bad approach if you didn’t read the problem carefully. It says "determine the minimum number of bribes", and depending on the procedure you’ll use to unroll the swaps - you won’t necessarily get the minimum number.

To get the minimum number of bribes we need to focus only on people that are out of place (or closer to the head of the queue than they should be according to the sticker). But we can’t solely take people out of place, we need to keep track of people who were bribed to be able to figure out: are they in this particular place in the queue because of a bribe, because of being bribed or both.

So the idea is the following. We define an additional array before[] that holds the number of bribers before a person with a specific sticker. For example, if there are 2 bribers before a guy with sticker 5, then before[5] == 2. Initially before[] is filled with zeros. Also we need to keep the total bribe count in bribes variable.

We start to move through the queue from the head and do the following:

The full algorithm in Java:

The complexity of this solution is O(bn) for computational resources, where b is the number of bribers and n - the length of the queue, and O(2n) for memory.

Now, I am pretty sure that O(n) solution is possible when tracking bribers more carefully, but the one described was the one that made sense for me even after a day. And it works.